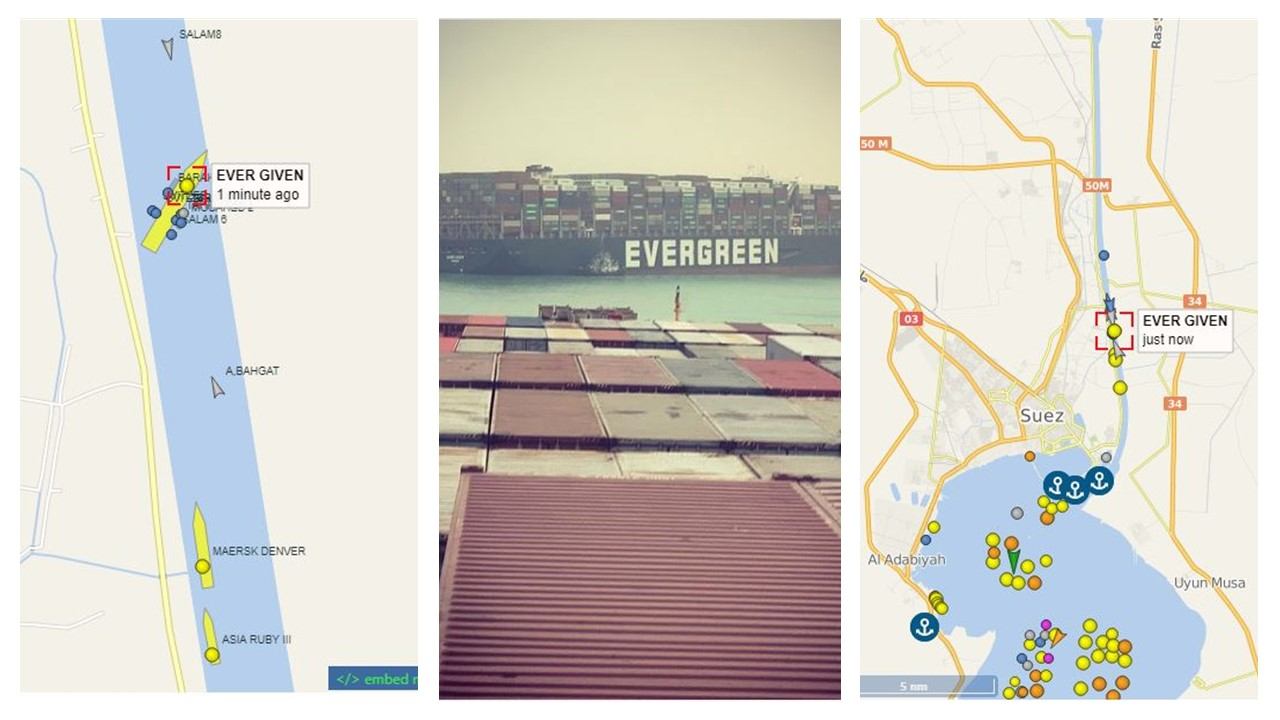 Egyptian authorities worked to dislodge a giant container ship that remained stuck in the Suez Canal, blocking all traffic on one of the world’s busiest shipping arteries.

Authorities hope to dislodge the ship within hours, according to an Egyptian official, as a flotilla of ships waited to resume voyages in both directions. Even if the ship is dislodged quickly, many idled vessels could still be delayed for days, threatening a new pressure point in a global supply chain already under intense strain.

The Ever Given is a 400-meter (1,312 foot) 20,124 TEU container ship. Tuesday the vessel became stuck in the canal sideways, with its bow wedged in one bank and its stern nearly touching the other, according to ship operators and images posted online. The ship is operated by Taiwan-based Evergreen Group and is one of the world’s biggest ocean vessels. It can move more than 20,000 20’DV containers and is taller than the Empire State Building if turned upright.

Ship trackers and freight brokers said there were more than 100 ships waiting to transit the canal, which connects the Red Sea with the Mediterranean. The traffic jam comes at a particularly bad time for global supply lines.

Evergreen’s Ever Given container ship stuck sideways in the Suez Canal, a vital trade route for oil and manufactured goods between Asia and Europe.
PHOTO: SHUTTERSTOCK & VESSEL FINDER
By Costas Paris and Jared Malsin
Updated March 24, 2021 8:54 am ET