World Maritime Day is a United Nations sanctioned day of International significance. A day created to highlight the professionalism and sacrifice of the two million seafarers who serve on the world’s merchant fleet. A day to remember that shipping transports more than 80% of world trade.

On 17th March, 1978 the first World Maritime Day was celebrated to mark the date of the IMO Convention into force in 1958. Initially, when IMO came into existence it had 21 Member States but now the family has grown to about 174 Member States and three associate Members.

The team at Demanko is grateful for all the seafarers out there who make daily sacrifices for the movement of marine cargo! Thank you! 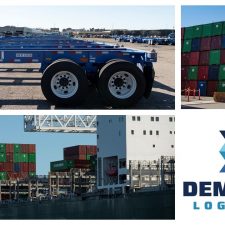 It is still a Feeding Frenzy out there Freight Friends. Driver and equipment capacity remains tight. Seaport terminals, rail ramps and draymen are all are working as fast as they…... Read Article