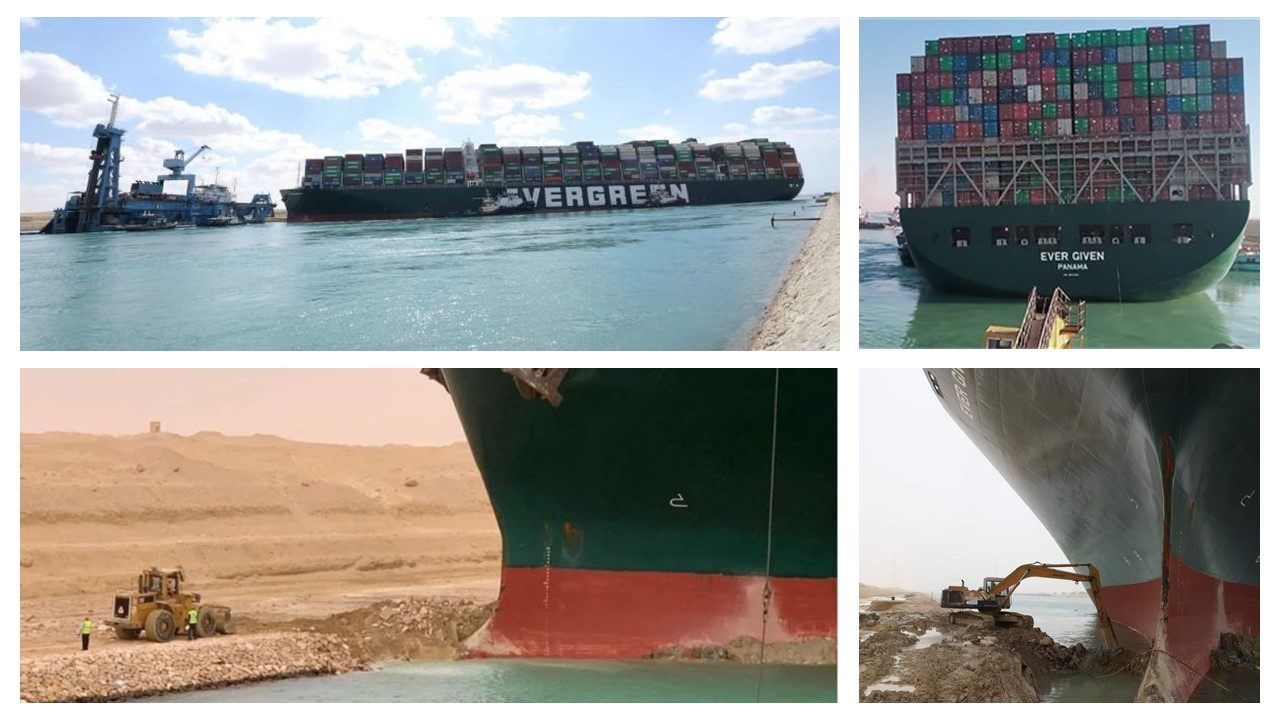 The giant container ship that has blocked traffic in the Suez Canal for the last week, bringing a key global trade route to a standstill and capturing the world’s attention, was partially refloated early Monday.

It was unclear when the vessel would be fully set free but the progress raised hopes the crucial waterway could soon be reopened after days of intense salvage efforts.

The Ever Given “has been successfully refloated. This was the result of successful push and tow maneuvers,” Lt. Gen. Osama Rabie, chairman of the Suez Canal Authority, said in a statement.

Both the canal authority and Inchcape, a maritime logistics company that manages shipping in the canal, said that the skyscraper-sized vessel’s position had now been straightened by 80 percent.

The stern of the ship had been shifted toward the middle of the waterway and was now more than 300 feet from the shore, the canal authority said.

Dredgers worked over the weekend to dislodge the stranded vessel, shifting some 27,000 metric tons of sand to a depth of 60 feet, the canal authority said Sunday.

A total of 14 tugboats were conducting pulling maneuvers from three directions to dislodge the ship, it added.

After some initial success early Monday, efforts resumed when high tide brought the water level back up.

Maritime traffic will restart once the ship is directed toward the Great Bitter Lake, a wide stretch of water halfway between north and south end of the canal where it will undergo technical examination, the authority said.

“Thank God! The movement is happening everyone,” one worker exclaimed in Arabic.

Other videos seemed to show blaring horns from neighboring ships.

“Today the Egyptians succeeded in ending the crisis of the grounded ship in the Suez Canal, despite massive technical complications which engulfed this operation,” he said in a tweet on Monday.

“I thank every honest Egyptian who took part technically or practically to end this crisis,” he added.

Despite optimism from many on the ground, others involved in the global operation urged caution.

“Don’t cheer too soon,” Peter Berdowski, CEO of Boskalis, the salvage firm hired to extract the Ever Given, told Dutch NPO Radio 1. “The good news is that the stern is free but we saw that as the simplest part of the job.”

The toughest challenge remained at the front of the ship, he added, noting that workers would struggle to haul the fully laden 220,000-ton vessel over the clay of the canal bank.

Shoei Kisen Kaisha Ltd., the company that owns the vessel, told NBC News early Monday that the ship was not yet refloated and that the rescue operation had been put on pause because the water level, which has posed challenges throughout the process, had receded again.

The company had previously said it was considering removing containers if other refloating efforts failed.

Satellite data from MarineTraffic.com, a shipping monitor site, showed that the ship’s bow had been partially pulled from the shore after previously being lodged in the canal’s eastern bank. Though the ship remained stuck, its stern had swung around and was now in the the center of the waterway.

The stranded Panama-flagged and Japanese-owned ship had halted all traffic across the canal. Experts feared it could take weeks to free it and clear the blockage of a route that accounts for about 12 percent of global trade.

The Suez Canal usually allows 50 cargo ships to pass daily between the Mediterranean and the Red Sea, providing a vital trade corridor between Europe and Asia.

The closing threatened to disrupt oil and gas shipments to Europe from the Middle East. Already, Syria had begun rationing the distribution of fuel in the war-torn country because of concerns about delays of shipments arriving, The Associated Press reported.

If the blockage dragged on, shippers may have been forced to reroute their cargoes around the Cape of Good Hope at the southern tip of Africa, adding about two weeks and extra fuel costs to journeys.